So basically what happens when you click on that is that the script crashes and simply doesn’t display anything.

Below is the response with the reason why it failed 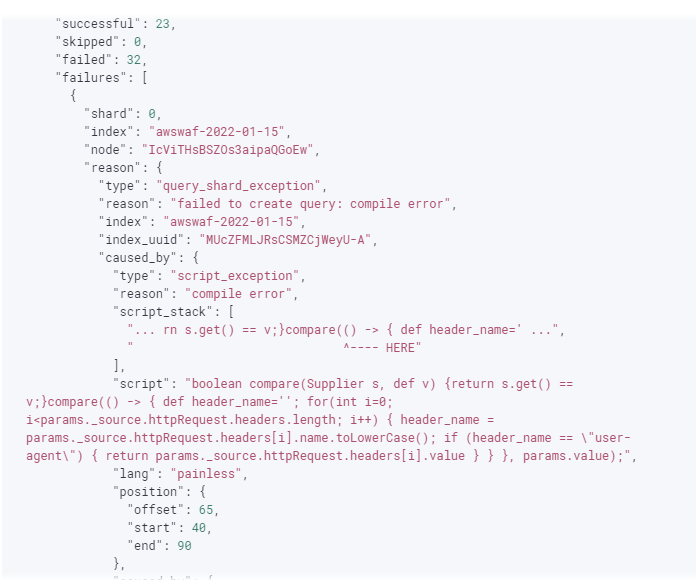 According the response the issue is within the compare() function, but its not a function that was written by me, i believe its the built-in function for the value filtering within the visualization.

Does anyone has any idea why this happens?
*I’ve tried this on those versions of Kibana (6.7,6.8) and Opensearch 1.0 which are hosted on AWS Opensearch service.

I’m by no means an expert here but what is interesting about this error is there are 23 successes and 32 failures. This to me makes me believe that there is some sort of value errors with some of the records or something along those lines. Can you identify individual documents that are succeeding or failing?

Thanks for replying!
Thats a good question you’re asking, Ive compared the indexes that failed and succeeded and sometimes the index mapping changes. So i scoped the search to a single day where the mapping is the same, and it still gave me the same error.
But this time it was 25 successful and only 1 shard failed. 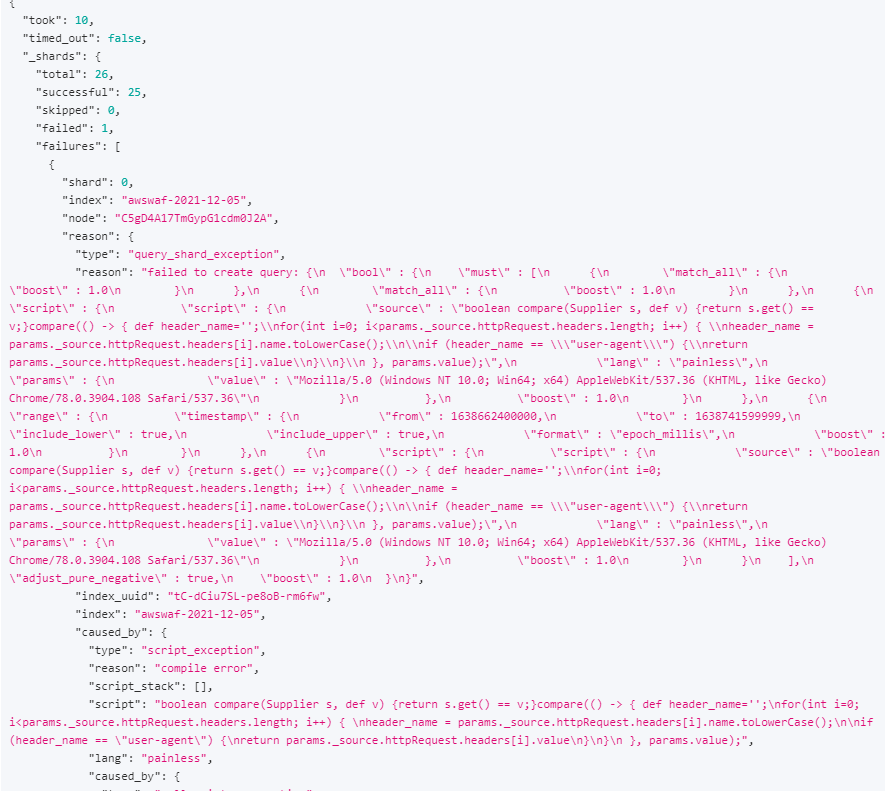