I’ve been writing Kibana plugins and enhancements for several years and I have extensive knowledge and experience building a full featured map replacement for Kibana Maps. My project needed map functionality similar to what is provided with Kibana Maps except we needed the following:

Thus I first created a map wrapping library that wraps Mapbox GL (now MapLibre) and OpenStreetMap API. Then I created a plugin which makes calls only to the map wrapping library API. The plugin detects if the user has enabled WebGL and can create a WebGL context. Thus it chooses between a WebGL based map engine or non WebGL based engine based on the users capabilities. This architecture design allows the plugin to adapt and use any map engine under the hood in the future. Below is the first screen shot of the prototype I built for this type of plugin over a year ago. 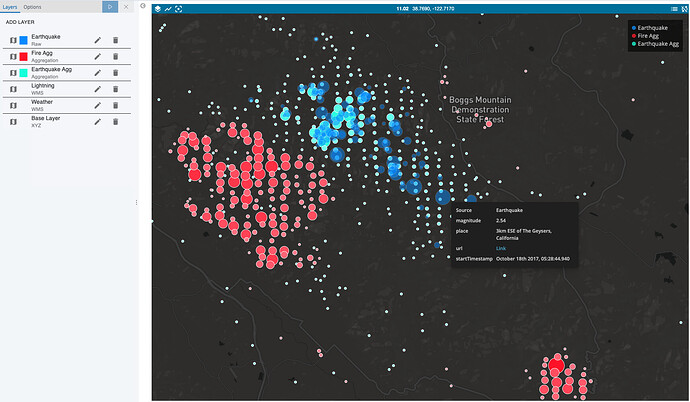 I’ve even incorporated its use into other visualizations I’ve created as popup tooltips. 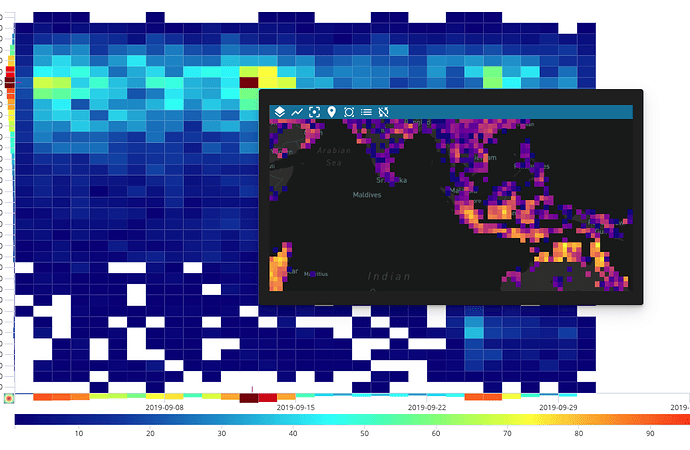 I want to know who can I get in touch with into making this kind of plugin available within OpenSearch repo? I don’t mind spearheading this either.

I created a PR to the website so that anyone could highlight plugins/projects that work with OpenSearch. It isn’t merged yet, but I think it would be great to include these plugins there. If/when the PR is merged, I’ll post to a new topic in the forum to signal boost the new page.

Just following up on this. There is a community project page on opensearch.org now. This would be a great place to put this plugin.

I can understand your plugin is an alternative to Kibana Maps module for OpenSearch. I would be interested in using/testing your plugin.
Please let me know the details (repo, configuration, limitations) in case you wish to share this with the community.