Is there any way to include undirected graphs in Opendistro Kibana? I saw that the graphs plugin is included only on the official release …

I believe that you’re talking about an x-pack feature of Elasticsearch, which is not available in Open Distro

Not official release, but Elastic proprietary release, not open source

If you are looking to visualize relationships, you may want to take a look at the GitHub - dlumbrer/kbn_network: Network Plugin for Kibana

I used this a lot in the past and the release earlier this year supports Kibana 7.10, so it may work with OpenSearch Dashboards.

We have also been experimenting with a force-directed graph using Vega for inclusion in a future release of ElastiFlow. However it isn’t yet ready to share. 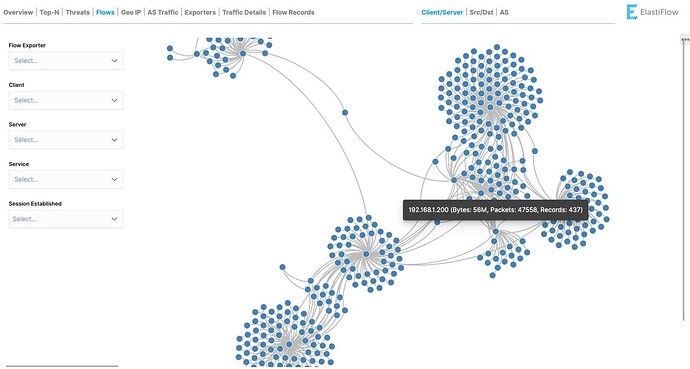 Of the two I think the kbn_network plugin is better option, and might be a good candidate to add as a new feature in OSD.

Thank you so much! I didn’t know this plugin. I will test it.