I am new with OpenDistro and I am trying to integrate it with TheThings Network (TTN) for LoRaWAN applications using their HTTP plugin: HTTP | The Things Network

A few months ago we installed the official ELK stack in our server and we could integrate it with the TTN’s HTTP plugin very straight forward and without any issues (we were using the free license including the basic xpack features).
The working (with both http and https) TTN HTTP plugin configs were: 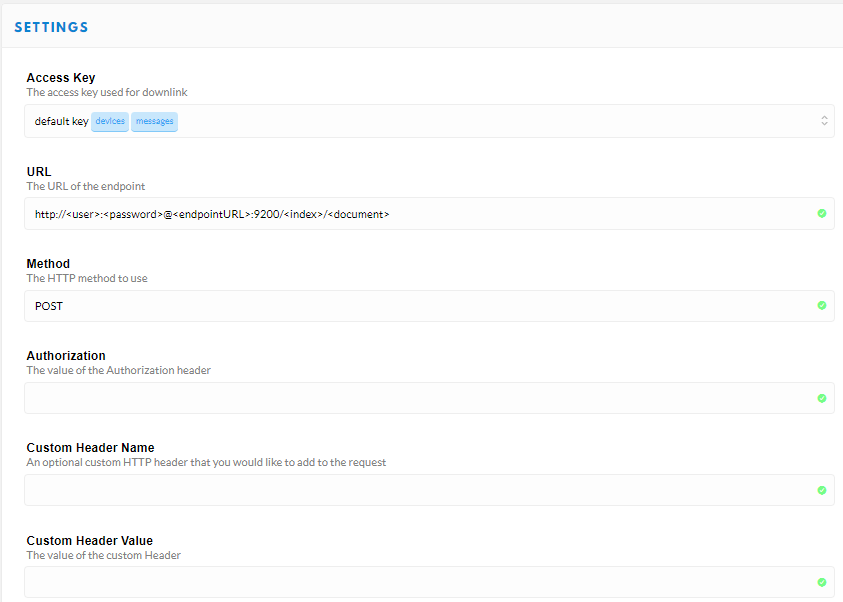 Later, we discovered OpenDistro and we decided to migrate to it. I have used almost the same configs as in the official distro besides the plugins differences.

Things we have tested so far with success:

I have tried to POST instead of PUT from my laptop with:

and I get the following error:

The method is enabled for the user admin so i have no idea why i am getting it.

Durng the first tests i have the SSL security enabled by default but since I couldn’t make it work, i decided to disable it without success. I would like to leave it enabled, but first i want to make it work.

Could anyone help me to understand what’s going on?

Thank you very much in advance.